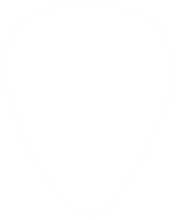 Clare Free is considered by many to be the finest female blues guitarist/vocalists in the UK today.

With three internationally acclaimed albums, numerous international tours, international press coverage and airplay on stations all over the world there is good reason why Clare is so highly regarded.

Multi award nominated in The British Blues Awards, The People's Music Awards and winner of the WRC 'Best Acoustic Performance' Clare is a passionate songwriter.

Clare served her time with bands including Misdemeanor (With Matt Schofield, Gini Hobson, Maurice McElroy and Constance Redgrave of Spikedriver fame) she guested with Larry Garner and joined Dana Gillespie on two trips, one to India and the other to be the opening act at the Mustique Blues Festival every night for three weeks. Later Clare joined the band 99lbs.

Then, having finally made the decision to go it alone, she released her debut album “Be Who You Are,” in February 2010. The self-penned mixture of rock, country and blues propelled her into the limelight with excellent reviews in the UK and the USA.

In September 2010, she released the live EP “How It Is,” a four track CD of Clare’s own songs. It also received rave reviews and the limited edition copies sold out quickly. All four tracks from the EP reached the blues top ten with the international distributor CD Baby in the same week. One track (Funky Mama’s Kitchen Blues) reached the final in both the British Blues Awards (Kevin Thorpe Award for the Best New UK Blues Song) and the People’s Music Awards (Best Pop/Rock Song) She won the WRC Award “Best Acoustic Performance of 2011” and 2012 saw her nominated for Best Female Vocalist in the British Blues Awards.

In February 2012, Clare released her second album "Dust and Bones", again all tracks were written by Clare and the album recieved excellent reviews in the press in the UK, Europe and the USA.

The next three years saw Clare tour extensively playing up to 100 dates a year both solo and with her band in the UK and Northern Europe.

Then, in November 2015, Clare had her third baby.  Clare toured again from 2017 until the pandemic hit when she returned to writing and the studio to prepare for a series of new singles.

In 2020 Clare released her latest album 'Where Are You Now,'  which was followed in 2021 by her single 'Call Trade Descriptions.'  Where Are You Now? was the 20th most played album of 2020 on the IBBA chart.